If there is one product that is produced in Idaho that stands above all the rest as an icon of Idaho, it is the potato. For other parts of the world, the fact that so many potatoes are grown in Idaho is a bit of a joke. Potatoes are a funny food. They are not as pretty looking as other plant life for consumption and they are not even as pretty looking as other foods grown in the ground. Place a carrot next to a potato and you will not have much trouble figuring out which one looks nicer. But I would hazard a guess and say that a lot more people like potatoes than like carrots (Though there is definitely some overlap between the two foods and the people who like them). In reality, the potato is not even the number one product coming out of Idaho. That honor goes to dairy and all of the stuff that falls beneath that blanket term. There are a lot of cows in Idaho and they produce a lot of milk, cream, cheese, and other kinds of dairy. But the potato is certainly very important, and most popular. Idahoans if interested can get to know about Idaho's potato industry and what it might mean for them.

The potato did not begin in Idaho. At least, it did not begin as we understand it today. There might have been some kind of wild potato plant growing within the Idaho borders at any point in history, but the cultivated potato plant is considered to have been born far south of Idaho in Peru during the time of the Incans. They had been growing and eating potatoes for a very long time before any European ships showed up to trade for knowledge or massacre for it instead. So, while Idaho has become famous for potatoes, that is not where the plant got its start. Sometime over the course of the thousands of years between the potato’s discovery in Peru and the time when the white man first started to explore the regions of North America that would become Idaho, the potato made its way all the way north to the Native Americans of the Idaho territory. The soil in Idaho, as we will get into in just a moment, is ideal for this growth and made it an ideal place for the plant to be cultivated. Once the rest of the world had a taste for the potato, it pretty much went everywhere you can imagine and made its way into many different dishes in many different countries.

So, I mentioned that the Idaho soil is great for growing potatoes. As you well know, the state is an agricultural powerhouse that produces all kinds of tasty and useful plants. The potato is really just one of a hundred other products that are important to the Idaho economy and the food-consuming world that it provides for. What is it that makes the soil of Idaho so great for growing all of these wonderful plants? A large part of the reason is the volcanic nature of the state. There are cinder cones all over Idaho (I say all over, but they are restricted mostly to Craters of the Moon National Monument) and the volcanic past of Idaho means that a lot of the dirt in the state has been enriched by the effects of eruptions over the last eon of time. You might have heard that, while volcanic eruptions can be devastating in the time when they happen, they can bring all kinds of new life in their aftermath. It is the same principle as a natural forest fire. The fire sweeps through and destroys what was choking the life of the forest and leaves new life in its path to grow out of the remains of the old life. A long series of volcanic eruptions can cause the same thing over a longer period of time and a larger area.

Of course, the potato has come a long way since it was just a tuber grown in the ground that helped a settler get by while they made a new life in the west. Today, the potato is commercialized and a staple product for millions of people, if not billions. One of the leading sources of this commercialization in Idaho is Simplot, or the J. R. Simplot Company as it used to be called. The man, J. R. Simplot, who created the company is well-known throughout Idaho, has long since stepped away from the throne of the company and died in 2008, but he began a titan of a company that brought massive changes to the way potatoes are used in the modern-day. Simplot’s claim to fame is the creation of an easily manufacturable and distributable kind of frozen french fry that can be sent to different restaurants and turned into your typical french fry that everyone loves. Simplot has done a lot more when it comes to potato production and other agricultural endeavors, but they are most known for what they did for the frozen french fry.

So yes, the Idaho potato is a critical part of the state’s culture. The potato was not born in Idaho, but for a variety of different reasons, it was definitely perfected in Idaho. It was turned into a number of different things and you can see evidence of that in both the vast fields of potato plants that cover the state and the different places where you can eat potato products. One of these places you can go to eat in Idaho (That is not a five-star restaurant or something in that category) is the Boise Fry Company. Their whole core of being is that the french fry comes first, even before the burger. Such is the case with Idaho because while there are many more cows in Idaho and lots of dairy being produced, the potato is a much more important staple. Okay, it is not a perfect comparison, but a lot of people know Idaho more as the potato state than the cow state. 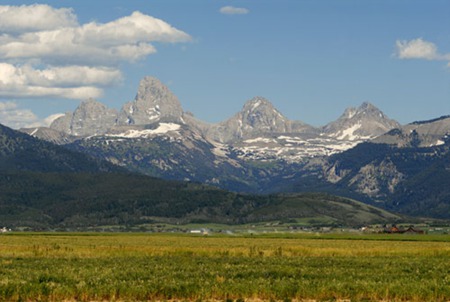 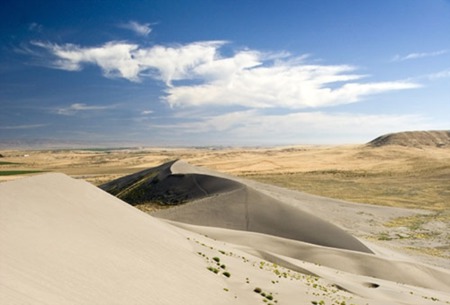 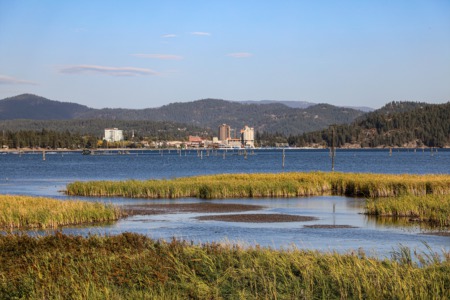